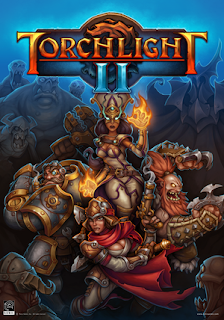 I never REALLY liked diablo. I mean yeah, the first one was kinda interesting but since then things never really made significant progress. The mechanics was copied over the years in dozens of games, each one not being able to hook me on for more than coupe of days. I remember spending hours and days on to the games that had some sort of co-op, since the monotonous hack and slashing is more fun if you have someone with you.

So, looking forward to the co-op i recently got Torchlight 2.
The game itself is basically the original introducing co-op features. Yeah, ofcourse the graphics is polished and there is a lot of new content (monsters, levels and sceneries, tons of weapons, etc etc ..) but the core mechanic is the same - clean up the monsters, complete quests, kill bosses. It's definitely me, but it was boring when I was solo-ing. I've loved RPG's since I started gaming so the repetitiveness (of the mechanic) becomes quite a killjoy.

But as all tiresome tasks become fun, or at least bearable when you have a friend with whom you're doing them with, Torchlight 2 is no exception. Fact is, the co-op is not new in hack-and-slash RPGs but the social aspect delivers. Another thing that is a big plus, is it's difficulty. This was no click-your-way-to-the-end kinda game. There are some serious difficulty spikes that require adjusting your strategy (I've played on the highest difficulty - Elite). Especially if you're playing co-op.
It's a fun co-op game.
Brought to you by Random nobody at 7:02 PM 4 comments

Everything is a game

I've read lots of stuff on the subject of gamification,  but recently a friend of mine stumbled upon a cool video related to the subject.
Enjoy.

Brought to you by Random nobody at 10:39 AM 1 comments

Email ThisBlogThis!Share to TwitterShare to FacebookShare to Pinterest
Labels: fun, gamification, video, what if 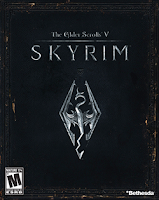 The latest in the Elder Scrolls Series - Skyrim. The hype for this one was insane. Memes , Soundtrack themes covers, videos and whatnot. But what surprised me the most, that people started telling their stories. Call me nostalgic but that kinda remembered me of the early dial-up era , when internet was a privlege and there were no gaming hubs on the web, when you needed to actually talk to fellow gamers about your journeys in the virtual world.

Having played the previous Elder Scrolls games (Morrowind and Oblivion) I can say that for me there is decent amount of novelty brough into Skyrim, but it somehow lacks the addictiveness. To elaborate :
The crafting system - which is something you do until you are able to craft the best weapon and then you almost never get back to it. The same can be said for the enchantment. It's kinda of a crach course to power. I can't recall I dabbled arround with it when I crafted the weapons I wanted.
The shouts - I never used them except for solving a few puzzles. They just never seemed like a tide-turner in battles mainly because they lack the damage output, so I stuck to good ol' sword and spell. That's the kind of player i am - practical. I never do stuff if a certain way if can do it in a more efficient one.

The gameplay on the other hand was impeccable. It works like it's supposed to be. although sometimes it can be annoying when the guards have no visual on you and yet they immediately know it's you who commited the crime, and instead running to the place of the crime they engage in a pursuit. Also , the interface could've been better. Constant switching and gear changes seriously hinder the fluidity of the gameplay. They could've done with some gear sets like gear set for thieving, gear set for trading etc.. instead, you have to manually equip the specific gear.

Regarding the story i have nothing to say. To be honest It kind of bores me, being set in some fantasy medieval surroundings, with all it usual cliches - poisoning, assasinations, treachery and loyalty, vendettas... I've done it so many times before in other games and Skyrim was kinda "Meh.."

Still, the world is vast and there's plenty stuff to explore and find out, but I think Fallout 3 offered much more interesting locations that seemed to form a stronger connection with me. Skyrim is not the best RPG ever but it's definitely a good game.

Brought to you by Random nobody at 12:31 PM 0 comments 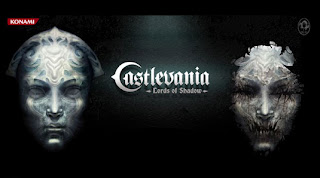 I can't seem to find the right words to describe something which is mediocre. Not like it has good parts and bad parts, but mediocre all the way. Well, to be honest I didn't expect it to be different I just wanted to have another God of War 3 experience and since the graphics of the first and second GoW HD remakes were too blocky for my taste, I went for Castlevania: Lords of Shadow.

So I got what I wanted. Maybe too much of it. Same 2-3 strike combat mechanics, spiced up with combos and QTE, Several types of enemies and a few puzzles but nothing too difficult. The combos were pretty interesting thing to me (yes i haven't played Heavenly sword or Devil May Cry :S ), but although the enemies had mythological background this game lacked the "epicness" of the GoW series, and ofcourse the Gore.

Story-wise the protagonist has pretty bland personality. Seeking redemption via the visualisation of the loved one is just not very original nor does the plot devlopment inspires emotions, instead I just  poker-faced through the cutscenes, with the occasional yawn. Some of the twists were really un-necessary but also very predictable, which is my impresion of the storyline in general

So, to summarize things - I wanted Gow experience and i got it. If you're into some quick fun without much engaging - be my guest, but if you're expecting something more there are other games out there.

Brought to you by Random nobody at 1:00 AM 0 comments

Sometimes when you're on the internet ... you *find* things. On rare occasions, they make you smile :)
Brought to you by Random nobody at 5:48 PM 1 comments


It's human nature to want to improve in multiple areas, because by doing so we gain experience which can then use to adapt to various life scenarios and eventually overcome them. Essentially (and Darwinistically) it's what made us what we are now(yeah I admit we are not THAT great, but at least in Earth's domain I'd like to think that we are the most developped species :).

Games-wise that means that variety is more than just a fun factor of a game. It also helps improving our skills but more importantly, our inherent ability to adapt to various situations. Siituations that require us to use our acquired knowledge to overcome them, also known as problems. Problems vary in different factors and categories, but one common characteristic is most certainly the difficulty of the problem. As computer games are essentially consisted of problems variant in type, the game itself can be attributed the difficulty factor.

On that topic, I'd like to address the Demon's Souls difficulty hype all over the net. This is not a difficult game, but an irritating one. I'll just analyze my case.
I play for 30-35 minutes in a level defeating all the enemies along the way. Which proves my case that I posess the skills required to overcome the obstacles at hand. Then I encounter a boss for the first time. An enemy i know nothing of. To spice things up, he takes 3/4 of your health with one hit. Long story short - you die. Up to this moment I haven't found a statement on the internet that implies that someone defeated a boss first try(not before reading walkthroughs and strategy guides at least). So you're taken back from the beginning. Yes, you have to pass all the trials that you've proven that you're better than. Another 30-35 minutes of doing things you already did, solving a problem you already solved all for a CHANCE at the boss again. Which in 80% of the cases means that you'll die again, and go back from the beginning again. Imagine that you play FIFA and if you concede a goal you start at the bottom in the league table with 0 points, or each enemy's succesfull hit brings you back to level one. That does not improve your ability. That just makes you Sisyphus with a long way ahead of you. Not to mention the bossfights. Big healthbars and repeating the same attack pattern over and over. That's not a test of skill. That's a test of nerves.
And that's just the aspect of difficulty. I will not analyze the entertainment value, since it treads onto the grounds of subjectivity.(I mean , there are people with masochistic fetishes aren't there?)

So, to summarize what I'm meaning to say. Difficulty is essential in order to improve our skills (at everything, gaming included) but increasing to the severity of punishment does not increase difficulty, it only increases frustration. And frustration is the exact opposite of what games are about, at least for me.
Brought to you by Random nobody at 4:24 PM 0 comments 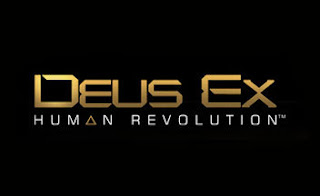 It's funny how some games drop the price more than others and there is no significant difference in quality (Yes I'm looking at you L.A. Noire). Before i continue i must say that i was a bit late for the original Deus Ex party, and hence i only have played for like 6-7 hrs or so, so all the comparisons to the original Deus Ex in the mixed reviews out there were kinda meaningless to me, but generally I knew what they were refering to.

With that said I want to point out a few things about this game. First, the game mechanics - It's really nothing new. The missions are resolved basically by a combination of several basic actions - disable guards and hide their bodies, hack computers, and look for air vent ducts. I know it looks limited and repetitive but in reality (okay, game reality) it's very well implemented. The buildings infrastructure is always different so the basic mechanics is complemented with substantial variety in enviroment, which requires quick switching of tactics and approach to the task at hand. Kinda like my first encounter with Tetris. A set of 2 actions resulting in so much fun. Well done.

A few short remarks about the story. I never got the impression that the player makes actual impact on the way things happen. It's like you always get from point A to point B in the story, but which route you take to get there is up to you. So the freedom of choice applies only to the methods but never the world itself (maybe a few different dialogue content but that's basically it). While I'm on the subject, the various dialogs based on person's character type was a fun thing for me. You get different responses by choosing the same dialogue options based on person's character traits (ex. if he's impulsive the chances are bigger that he'll respond with an outburst but then again he might not). So yeah, no walkthrough for these :)

I've heard tons of hate-speech about the boss battles, and though i must agree that they are a strange fit into the picture, for me, they were just the kind of variety I needed to break through all the hiding and sneaking.

All things considered, I enjoyed playing it. And I think so should you.

Brought to you by Random nobody at 12:36 PM 1 comments